No$GBA Emulator and PoKeMoN DS rom backups. What are the common bugs that could affect my Pokemon game and how would I be able to fix it?

Bug 1: Freezes your game or turns your game into a blue screen while you are saving

Solution:  The solution to this kind of bug is made possible by Kingcom. All you have to do is to encrypt the ROM file to the upper field and the IPS file on the lower field. This is the best solution since the freezing and turning into blue screen during the loading is basically a result of the use of No$GBA.INP and dumped firmware, respectively. These fields just have to be changed to have a better performance. (Reminder: This patch available from Kingcom has only been tested and proven effective on the Diamond version. Using it for the Pearl version does not guarantee a positive result) 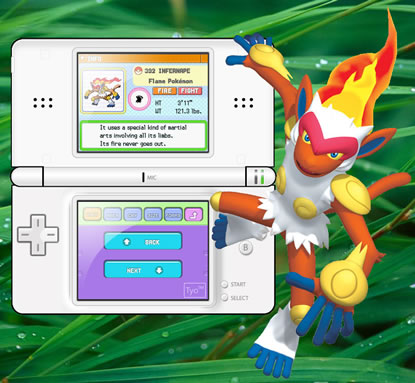 Bug 2: At the end of the first battle (also possible on the other battles), the game freezes.

Bug 3:  This bug is present in your file if your game freezes when you try to deposit your Pokemon in the computer box.

Solution A:  To make the deposit option work, you need to use the second or third option from the computer to open the deposit box. Once done, change this box into an empty one.
Solution B: You can also use the move option (the third option) to move your Pokemon from the hand to the box or vice versa. However, this action will result to a rather slow performance of your system. It would still be better to make use of Solution A before using Solution B.

Bug 4: While exploring the area, the upper portion of the screen turns to white. This is an indication that a bug is present in your file.

Solution: The white screen in this portion is actually an illustration of fog. It is not just drawn creatively that it looks like a white screen rather than appear as a real fog. To get rid of this graphical problem, you just have to open the HM05 Fog Clear setting from the menu. After selecting this, the screen will still appear white. You just have to open another menu (like map, Pokemon list, or other menu that occupies the whole screen) to reset the screen and get rid of the white appearance.

Bug 5: After a long time of playing, the screen may turn white or freeze.

Solution: You do not have to do anything. Just wait for the game to resume since it will be back to normal soon.

The program No$GBA is a good emulator of game consoles Game Boy Advance and Nintendo DS. Has a user-friendly interface. The list of functions includes: support for codes and joystick, merging games into one connection - Link function, creating screenshots, saving game states as separate files, that is, outside the emulator. In addition to video, color and sound settings, there is an acceleration setting in No$GBA. Also in this version, it is realistic to change the size of the window, which was not available in older versions.

Compatibility with GBA games is excellent, but with NDS things are a little more complicated. Pokémon Diamond / Pearl / Platinum runs without problems, but later games such as Pokémon HG / SS, Pokémon W / B and Pokémon W2 / B2, usually do not work at all.